Are you the strongest overseer?

Overseers is a fast-paced drafting and bluffing game with a twist. Each player represents an Overseer, whose objectives are to bend traits to their favour to create the most dominant combination of virtues and vices; you will draft cards to achieve the best possible score and try to deceive your way during the game to convince the others you are not the strongest player. Character abilities will change the game constantly in many ways which results in never-ending possibilities to the players, no game will ever be the same; after 3 rounds the player with the best score will be declared the winner. 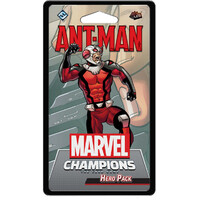