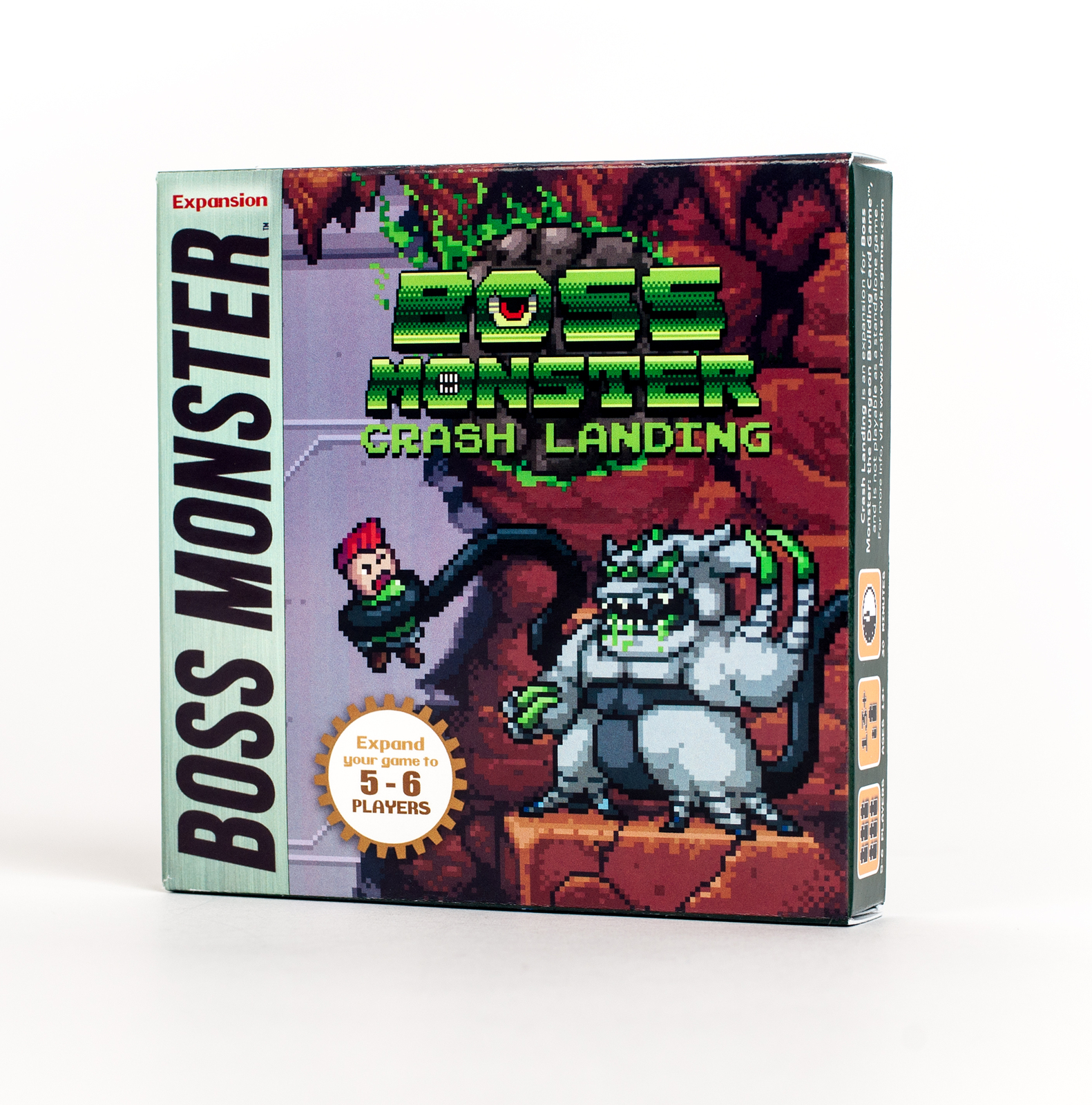 An alien spaceship has crash landed in the world of Arcadia! Boss Monster: Crash Landing is a mini-expansion for the hit dungeon building card game, allowing players to expand their Boss Monster game to 5-6 players.

Crash Landing is a mini-expansion of 45 cards. It requires Boss Monster 1 or Boss Monster: The Next Level to play. It is fully compatible with all Boss Monster sets.