Assemble the ultimate team and join the fight in Guardians, a game of super-powered battles for two or four players! The Guardians were once a network of legendary heroes that fought for peace and justice. They were influential in establishing InterGov, the world’s first global government. The Guardians chose to step aside so that InterGov could usher the world into a new age of peace and prosperity. Nearly three decades have passed, and new threats have emerged to challenge the peace these heroes fought for. A new generation of heroes must now rise and fight for the future! 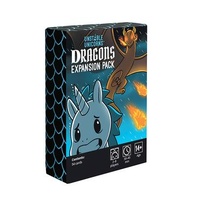