An inTREEguing two player version of Kodama: The Tree Spirits!

Kodama Duo is a two-player version of Kodama: The Tree Spirits. You will grow a tree by placing branch cards in clever arrangements, making a happy home for your Kodama!

Kodama Duo is a card placement game for 2 players that plays in 30 minutes. Players will turn over one Decree card per season to set the unique conditions. During the Growing Phase, players take turns revealing branch cards and splitting them into two piles until each player has added four branch cards to their tree. In the Kodama phase, players will each choose one of their Kodama to score and live in their tree. The game lasts 3 seasons (12 turns) and whoever cares for their Kodama best will be remembered for generations! 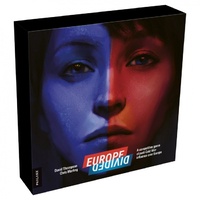