Kittens in a Blender

Kittens in a Blender is an irreverent card game in which adorable, curious little kittens wander through an unsafe kitchen and sometimes end up where they shouldn't. There are sixty-four unique kittens, divided into four groups. Each group of kittens displays a different background color to tell them apart.

Players attempt to rescue their group kittens, moving them safely into the warm, happy cardboard box. But there is only so much room, so at times it is necessary to move other kittens away from the box. Kittens travel between the cardboard box, the counter, and, yes, the blender.

When a Blend card is played, kittens in the box are safely removed from the game and count toward that player's victory score.

Kittens in the blender, well...

The game is simple enough to be played by the entire family (a family with a good sense of humor, we hope) yet has that dark, tongue-in-cheek edge that many gamers seem to appreciate. 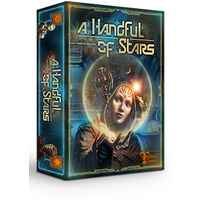