Discover the secrets of millennia-old cities

In the dark alleyways of your city, gold changes hands, alliances are made and secrets are betrayed... Now your influence extends to the heart of rival cities. But take care, their spies plot within your walls! In addition to two new Wonders and the ability to play in teams, this expansion offers you a new type of cards: Cities. Mercenaries, thieves, spies, and diplomats will give new interactions in your games.

Debts, looting, diplomacy… thanks to this 7 Wonders expansion, you can discover another aspect of the great cities of Antiquity.

The 42 new Age cards as well as the 2 new Wonders offer you brand-new effects. The Cities expansion brings new rules to the 7 Wonders base game, but the victory conditions remain identical.

This expansion also offers you a variant which allows you to play in teams (with 4 or 6 players). The main addition of Cities is an increased interaction between players as well as the addition of debts.

7 Wonders Cities is an independent expansion but is compatible with the other expansions for 7 Wonders. 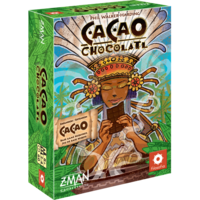