Middenheim: City of the White Wolf distils the best of previous writing on the chosen city of Ulric, and combines it with new creatures, new NPCs, new locations, and rules to create the ultimate sourcebook for groups wishing to adventure in Middenheim and its surrounds. Full rules for creating Middenheimer, Middenlander and Nordlander Characters are included, along with a new career for true devotees of Ulric. 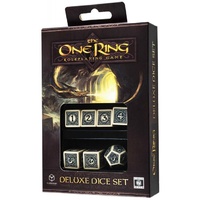