Invisible Man vs Jekyll & Hyde vs Dracula vs Sherlock

IN BATTLE, THERE ARE NO EQUALS!

Unmatched is a miniatures dueling game featuring fighters of all kinds – from the page to the screen to the stuff of legends. Each hero has a unique deck of cards that fits their fighting style. You can mix and match fighters from any Unmatched set. But remember, in the end, there can only be one winner.

Unmatched: Cobble & Fog features four new heroes for the Unmatched system. Invisible Man uses fog to dart around the board and strike without warning. Sherlock Holmes, with the trusty Watson by his side, schemes and calculates to ensure victory. Dracula and the sisters slowly drain you of your power. Jekyll & Hyde uses the former's cunning and the latter's brute strength to win the day. 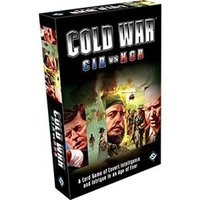