Town of Salem: The Card Game

This brand new card game is for people who like hanging their friends, werewolves, pilgrims and fancy witch hats.

Town of Salem is a game of Murder, Mayhem, and Deception pitting players against each other to find out who is the most cunning. The players engage in a battle of wits until one side remains. Each player is given a random role and uses their ability to investigate, kill, or protect other players.

Roles secretly use their abilities under the veil of night and accuse suspicious players during the day. If a player gets enough accusations the town can put them on trial and if found guilty, that player is killed. The mayhem repeats until there is only one faction left. 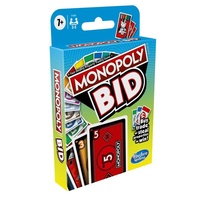