Town Builder: Coevorden is loosely based on the Dutch city of Coevorden in the 1600's although it’s not meant to be a Dutch themed game. The city’s most distinct trait is the double moated star fortification surrounding the city.

Thematically the game is a town building contest where players compete to build the most beautiful district. There is a panel of judges and awards players compete for in addition to scoring points for completed buildings.

Mechanically you draft cards from a central card row into your tableau. Cards can be taken as foundations (which become buildings) or as a resource. It’s about 15 minutes per player and plays 2-4 and also has a solitaire variant. 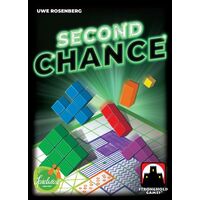