In Tortuga you are a swashbuckling buccaneer trying to safely transport your acquired treasures to the legendary pirate haven of Tortuga before other buccaneers (your fellow players) try to capture them from you. The game plays in about 30 min and is for 2-4 players.

As the dice roll, you can almost hear the crash of the cannons and the smash of the sabers. Tortuga rewards players who exhibit traits of a good pirate (sorry, buccaneer!): adaptability, greed, decisiveness, and luck!

Roll, roll, roll and a bottle of rum!
To start a turn, roll your dice (a unique color for each player) behind your player screen and decide what resource to place on your player board. Do you want treasure (you have to find it before you can transport it!), crew (to carry the treasure from the island to the ships), ships (to transport the treasure from the island to Tortuga), cannons (to attack players' ships when they are at sea), or sabers (to attack players' crew when they are on land)?

Once you roll your dice, you must place at least 1 die on you player board. You can place as many of the same type as you wish (skulls are wild). After you and the other players have decided which resource (and how many of that resource) to place on your respective player boards, you roll your remaining dice and repeat the process. If you place all of your dice before the other players you lose the ability to adapt to what other players are doing, BUT you get a bonus token for each roll after you are done. The token adds +1 to one of your resources. So if you see Bluebeard loading up cannons, you may just want to add that token to your cannon section so that he has to think twice before targeting your ships and treasure.

A buccaneer's life for me!
I'm not just interested in the treasure that I find on the island. That lovely blue treasure you have on your ship would be even more lovely in my possession and completing my set. When a player has the most dice and tokens in the treasure category, the player receives a treasure chest from the bag and draws two gold treasures (coins of different values) from the island, keeping only one of the two gold coins. The treasure chests come in different colors: red, blue and green make a set, white is wild, and purple doubles the value of a set. So be prepared to defend your treasure and when the opportunity presents itself, to capture your fellow buccaneer's treasure.

During cannon and saber combat there will be casualties (possibly on both sides). If the attacked player also has a cannon or saber, not only does the defender lose a ship or crew member (respectively), but the attacker does as well. So you will need to plan ahead as you determine your targets, because as you start moving your treasure, if you do not have enough crew or ships to transport your treasure, it will be lost on a remote island.

Retirement? Guess so!!!!
Time is not something we buccaneers have a lot of, and the same is true in Tortuga. Once 6 treasures have been successfully transported to Tortuga, it is time to count our treasure, recount our adventures, raise a toast to the high seas and a life of adventure, and declare the winner! 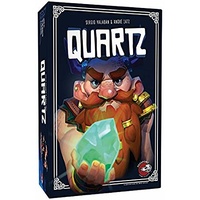 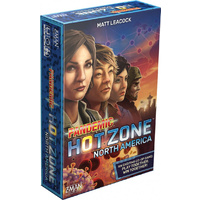