TEAM3 is a cooperative game that delights both players and spectators! Players must work together to build a structure using 3D pieces as fast as possible. But there is a catch, TEAM3 is played in teams of three players, with each player taking on one of three special roles: the player who can’t speak, the player who can’t see, or the player in the middle. Each role requires different skills, and this creates a very engaging game full of discoveries and challenges.​

There are two different set's of TEAM3. PINK and GREEN. Each comes with its own set of blueprints and a mini expansion. Mini expansions for TEAM3 PINK is called DIMENSION TENSION, for TEAM3 GREEN - MIND MERGE. 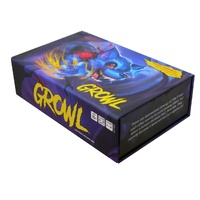