In the cold, unforgiving battlefield of space, a cunning Gambit can prove to be the most powerful weapon in your arsenal. This pack contains 15 cards for use with the Star Realms Deckbuilding Game and/or the Colony Wars expansion.

Victory awaits him who has everything in order…luck, people call it. – Roald Amundsen

The second Gambits expansion for the award-winning Star Realms Deckbuilding Game.  Harness the fortunes of war, and take advantage of the tranquility of peace.  Master your fortunes and rule the cosmos!

Gambit cards are dealt face down to players at the beginning of the game. You choose each number of Gambits every player will get (usually two), or you can give fewer Gambit cards to some players as a handicap. Players keep their Gambit cards face down in front of them until they choose to reveal them. Players may reveal Gambits at the start of the game or during their main phase. To reveal a Gambit, turn it face up. When a Gambit is revealed, you get powerful one-time or continuous abilities that can help lead you to victory. Marvel Champions: The Card Game - The Rise of Red 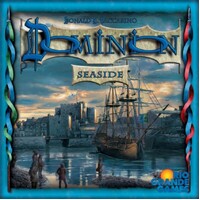