First Century B.C., Julius Caesar advances - unrelenting - with his legions. The Romans are now close to the heart of the Celtic lands, where the ancient traditions are still alive and instill courage and determination for the last stand against such a mighty enemy...

Each player will be the chief of a clan who will try to become the most powerful one in order to be placed in charge of the resistance against the Romans. Your clan members must be divided between locations in the village, performing actions, and those who are praying in the temples dedicated to their Gods. The locations will grant you instant advantages, but the temples will grant the power necessary to expand your clan and to lead it toward the glory.

The Romans must not be underestimated. Before invading the lands of the Celts, they will try to poison the hearts of the tribes, in order to corrupt the clans and to use them for their own purpose.

Samhain is a board game by Alessandro and Mauro Chiabotto, for 2-4 players that lasts about 60 minutes. 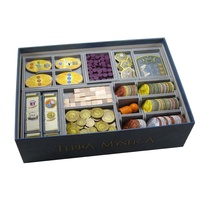 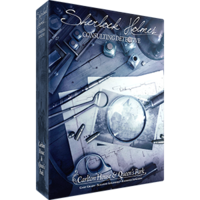