Pavlov’s Dogs is a pseudo-psychological card game of memory and conditioning. A fast, engaging game of following the rules and acting like fools! You’ll be drooling for more!

Players are dogs working together during a series of tests (rounds) given to them by DOGTORS such as Sigmund Fetch, Collie Jung, and Bark F. Skinner! Each round one player is the Dogtor administering the test and ensures that the dogs are following the rules.

The players are tested each round by being dealt 5 cards from the test desk which they do not look at. On a player’s turn they will flip one of their dealt test cards and say the total value of the test.​

However, the rules will change the value of a card or add an action requirement when a card type is played. Example rules are: SIT commands = ZERO or Bark when any BLUE card is played. Each round another rule is added making it more challenging to complete the full series of tests. Players can choose 3 difficulty levels: PUPPY, DOG or WOLF.​

Pavlov's Dogs ends in two ways: PASS OR FAIL. Bones are lost whenever a dog makes a mistake and the game ends when one dog is out of bones. If ALL dogs get their their allotted number of tests with bones they PASS and the number of bones left at the end is their test score! 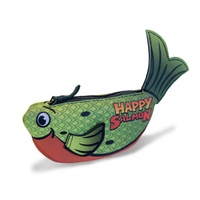