The first game in the series is Ardennes. The game portrays the German offensive against the western Allies in December 1944 -- the Battle of the Bulge. Each player controls the German or Allied side. When playing solo, the game system controls the other side. So Enemy Action: Ardennes is effectively three games in one box: the two-player game, solitaire playing the Allies, and solitaire playing the Germans.

Map scale on this module is 2.5 miles per hex. Hexes on the game map are oversized allowing for easy counter handling. Unit scale is regiment, brigade and division, with one to four steps per unit. Each turn represents one day of the battle, with several alternating player impulses in each day. 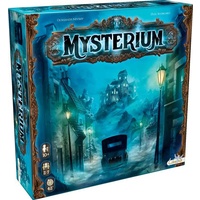