This Kickstarter comes with both the base game Black Sonata and the expansion Black Sonata: The Fair Youth.

For more than four centuries scholars have argued over the identity of the mysterious Dark Lady of William Shakespeare’s sonnets. According to the sonnets, the Dark Lady seduced the poet and held him in an agonized thrall while also conducting an affair with the Fair Youth whom Shakespeare also loved.

Can you finally solve English literature’s greatest mystery? Or will the Dark Lady elude you, melting from your grasp like a curl of smoke and promises?

This set of mini-expansions adds new tools and challenges to the base game. Each expansion can be played separately or in combination with any other.

The Fair Youth expansion adds an additional deduction task to the game: you must discover where in London the Fair Youth is hiding. Bystanders will give you a clue for which way the Youth went from your current location, but if you are already at his actual location you will be told a lie. Deduce his location to surprise him there, or for extra points catch him and the Dark Lady together, unmasking them both at the same time.

The Rendezvous challenges you to discover which of seven landscape features acted as a meeting place for Shakespeare and his Dark Lady. Querying a location gives you a number from 1 to 3, being the number of steps away from the current location that the Rendezvous symbol can be found. Deduce which map symbol represents the Rendezvous, then confront and unmask the Dark Lady in a location with that symbol at it.

The Rival Poet adds a second pawn that stalks the streets and interacts with the player via simple movement rules. Choose from two different poets to make the game easier or harder. The Elusive Poet tries to stay one step ahead of you, but if you catch him he will reveal a clue about the Dark Lady. In contrast, The Aggressive Poet hounds and chases you, potentially spoiling your plans to intercept the Dark Lady.

Waypoints and Traces gives you two tools to mark and track the Dark Lady's location at a particular point in the stealth deck. And The Darker Ladies replace the clue cards in the base game, giving each Dark Lady a new set of characteristics and presenting a slightly harder deduction challenge.

You can check out the Kickstarter news page for Black Sonata: The Fair Youth here. Tesla vs Edison - Powering Up Expansion 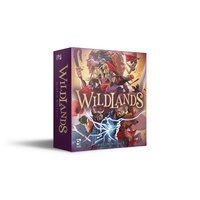